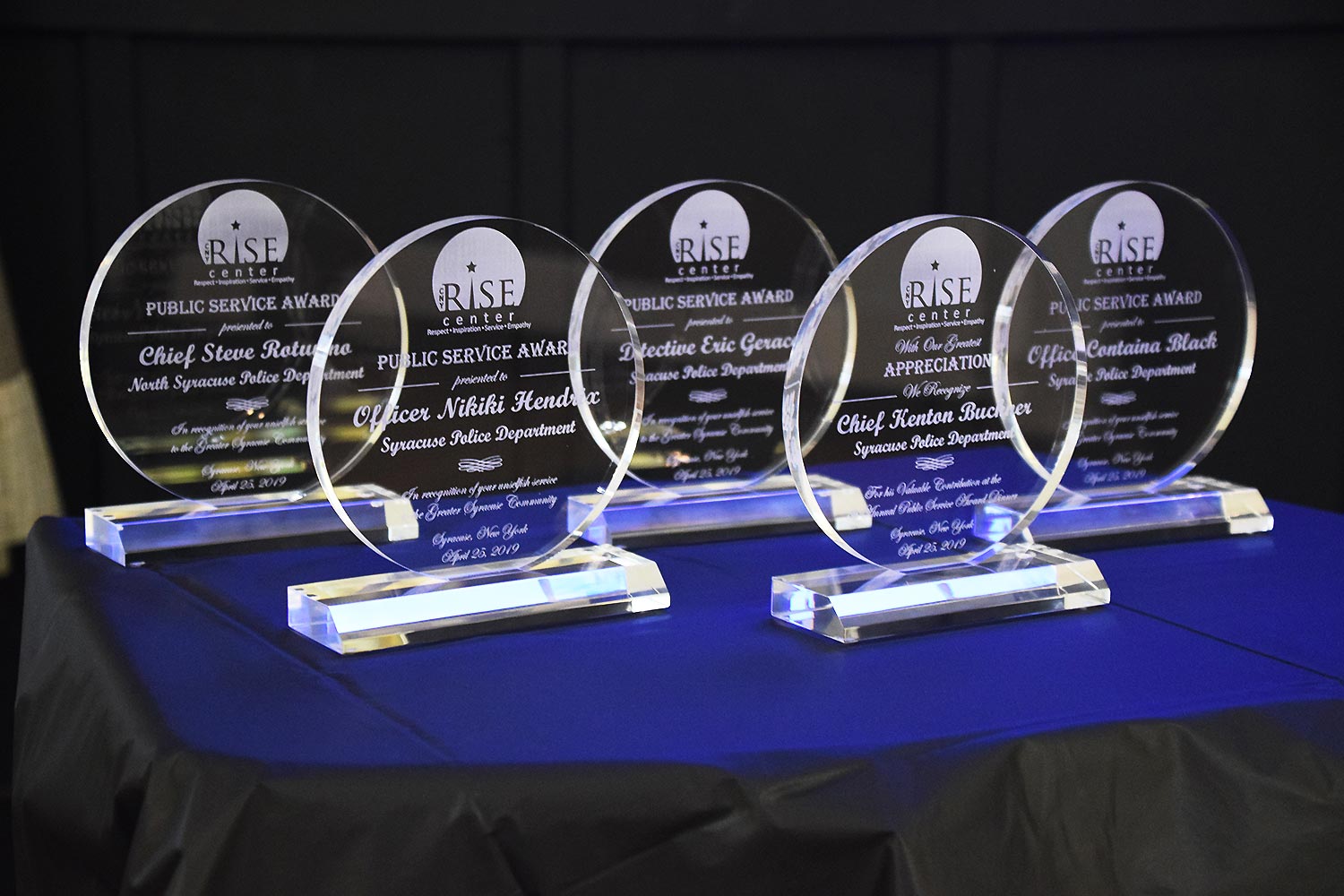 CNY RISE Center held its 5th Annual Public Service Dinner on April 25, 2019, a gathering to celebrate the dedication of the exceptional members of the law enforcement and first responders. Award recipients were honored for their courageous efforts and cited for their role in protecting communities and resolving conflicts.

Kenton Buckner, Chief Executive Officer of the Syracuse Police Department, was the keynote speaker for the event. He acknowledged many challenges they face in Syracuse and praised those in the law enforcements in Syracuse, NY. He mentioned about the new initiatives in the department including the body cameras. “Community support is extremely important and building respect and trust are the first steps” he declared. He also offered words of thanks to CNY RISE Center for the hospitality.

During the Community Service Award presentations, the recipients were introduced by Chief Buckner and Sergeant Jeff Tripp. They spoke about the accomplishments of the recipients and complimented them on their sense of duty to the people of the greater Syracuse. Those receiving awards from CNY RISE Center included Chief Steve Rotunno from North Syracuse Police Department and Officer Nikiki Hendrix, Officer Cotaina Black, and Detective Eric Gerace from the Syracuse Police Department.

Guests enjoyed the delicious homemade Turkish food and they received a surprise parking/thank you tickets on their cars after the dinner.

CNY RISE Center is having its 5th Annual Public Service Awards Dinner on Thursday, April 25, 2019 between 6pm and 7:30pm. Exceptional members of law enforcement and fire departments will be awarded. Syracuse Police Chief Kenton Buckner is our guest speaker who is going to focus on "The Role of Public in Effective Law Enforcement".

Free admittance. RSVP through This email address is being protected from spambots. You need JavaScript enabled to view it..

Public Service Awards Dinners in the past